1 7 Benefits of Municipal Leasing for state, county and local governments, special districts & authorities like yours, make it the smart choice.  Although interest rates have risen significantly of late,  municipal leasing is still your lowest-cost type of non-debt financing for governments; 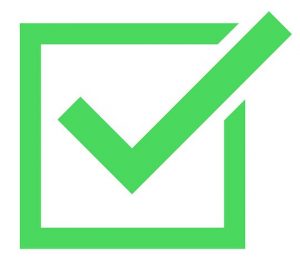 Public Works, Schools, IT & Technology.    Blame it on the IRS!  Years ago they decided to “incentivize” the financial sector to lend to state & local governments at what turned out to be, considerably lower-than-market rates.  Our cost of borrowing starts lower and your cost of borrowing is significantly lower.  Our interest rates are well below dealer rates!

2 Use your state contract, buy board or, other government discount pricing.   Municipal vehicles & equipment are sourced by you from ANY dealer of your choice.  As a government entity, you’ll pay less than we would (or anyone else for that matter).  Get your very best deal on any new equipment and we’ll combine it with our very low lowest interest rates.  WIN-WIN!

Stop Paying For Everything in Advance

3Our model is “Pay As You Go!”  When you pay cash upfront for vehicles and equipment that will be in service for years, you’re “paying in advance,” when you don’t have to. Too many governments get caught in this budget trap.

Spread the cost of high-price capital equipment of over multiple budgets, instead of trying to “shoehorn” 100% of every expense into a single budget year.

Get 4 Times As Much For the Same Budget Dollars

4 That’s not a typo.   Match revenue (taxes & fees) to expenses like lease payments BUT spread those expenses over the years of service you will get from that equipment.  The natural leverage will allow you to get 3, 4, or 5 times as much. The “flip side” of course, is that you can get the same amount of vehicles and equipment and just pay a lot less this year (and use the savings for other projects).  See the leverage in action:

Lease-To-Own. No Money Down, No Mileage, No Lease Payoffs or Balloons.

6  Our tax-exempt municipal programs are “lease-to-own” under IRS rules.  You OWN all vehicles and equipment (even the vehicles are registered by you, titled in your government’s name, and remain in your government’s name and possession during and after the lease.  No equipment is returned. (If you don’t own the vehicles, you probably don’t have a very low-interest municipal lease and are likely paying too much)  We’ll be happy to show you real numbers.

Our Programs are Lease-to-Own.

7 Are You Comparing Apples & Oranges?  There are tax exempt municipal leases, car l 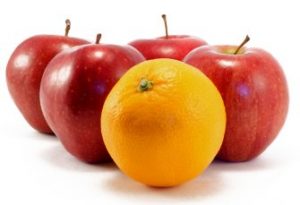 eases, finance leases, TRAC leases, open-end leases, closed-end leases, FMV leases, federal leases, non-profit leases, and more.  Don’t let dealers, car rental companies, and banks confuse the issue at your expense; municipal leasing is entirely different.   Municipal leases are the only type designed specifically for state, county & municipal governments.  The right lease language, the right terms, the right interest rates.  Vehicles are registered to and titled in your city’s name (NOT ours) and remain in your name at the end of the lease.  There are NO mileage charges, NO usage or hours limitations, NO condition requirements NO end-of-lease buyouts, charges or fees.  Keep, sell, trade, or re-task vehicles or equipment exactly as you would, had you paid cash.

We’ve Got You Covered!